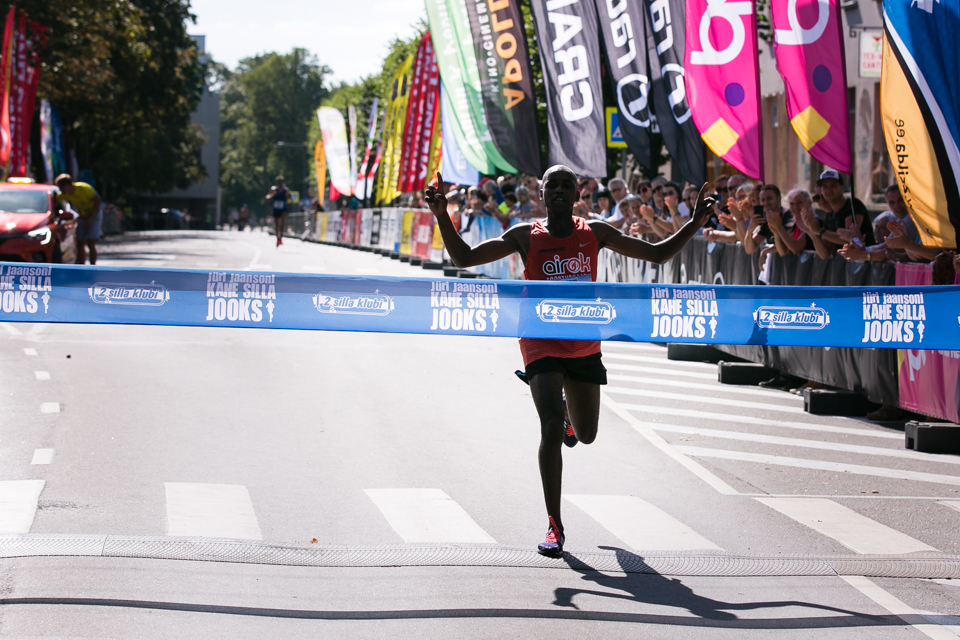 On Sunday, September 1st, the 19th Two Bridges Race became an exciting competition between the local and forgein participants. The 10K road running Estonian Championship taking place at the same time brought the top of men’s and women’s runners to the race.

Having previously won four times in the summer capital, Kenyan Mukunga shook his closest pursuers during the first kilometers and kept a safe distance until the end. It took him 31 minutes and ten seconds to complete the distance. Karel Hussar (31.22), a representative of the University of Tartu Academic Sports Club, won the second place and also became Estonian champion in road running. Slavis Gruševs (31.45) from Latvia finished third on the race. The silver for the road running championship was secured by Leonid Latsepov (31.58), a member of the Sparta Sports Association, and bronze by Mark Abner (32.07), a member of a sports club Treeningpartner.

“Time was poor. Getting to the podium was more important. I was even surprised that Mukunga was so close: the same time difference that he achieved during the first 5K remained until the end. Before the start, it was already known that podium positions will be headed,” Hussar said. Among coaches Einar Kaigas was recognized with a golden medal. 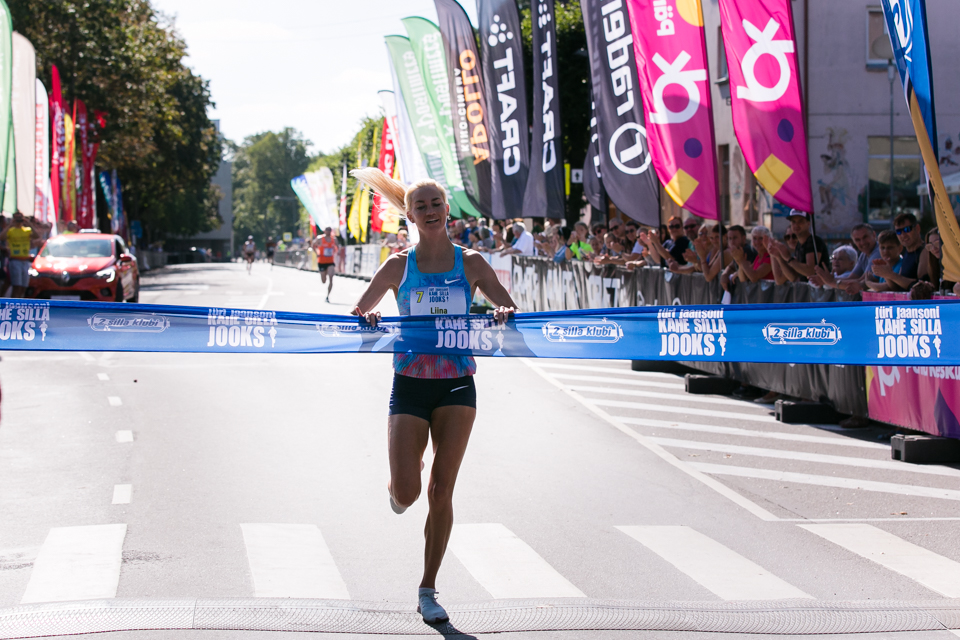 Last year women’s winner Liina Tšernov defended the first place (34.36). Jekaterina Patjuk (34.52) and Lily Luik (35.24) from the University of Tartu Academic Sports Club took second and third place. The general top three of the race also represented the medal trio of the road running championship. Alexander Tšernov, the father of the winner, was able to celebrate on the podium along with the daughter.

“It was difficult to run because of the heat. It is always an honor to come to Pärnu, and of course I am pleased with the Estonian championship title,” said Tšernov, the winner among women in road running championship, who finished 22nd overall.

The entertaining youth race that was organised at dusk the day before was won by Marti Medar (Sportland Running Team, 9.35,8) and Viola Hambidge (Altius Sports Club, 11.13.3). Before the start an energetic concert was given by Daniel Levi’s band.

The results are found here. In addition check out the photo galleries.

Pärnu Two Bridges Club thanks all the participants, volunteers, supporters and partners!

See you on October 27th at Pärnu Beach Race, registration is open.

This site uses Akismet to reduce spam. Learn how your comment data is processed.